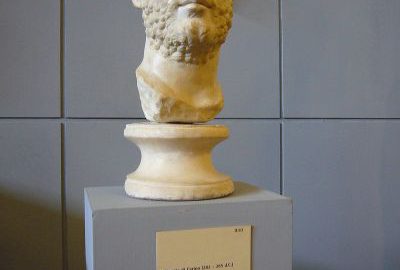 Emperor Carinus ruling in the years 282-285 CE was considered the worst ruler of Rome in history. According to “Augustan History”, he had nine wives, some of whom he left because they were pregnant. He was also known to be fond of noblewomen, with whom he flirted and had romance in their presence. He was also famous for numerous unjustified death sentences, including old school friends who mocked him in class.