Roman villa in south of Sicily

In the south of Sicily, near the city of Agrigento, on the waterfront are the remains of a Roman villa from the 1st century CE. The property was discovered in 1907.

The building consisted of several rooms and a bathhouse, which was built in the 2nd century CE. The floors of the rooms were decorated with beautiful mosaics that have been preserved in fragments. The villa also had a large garden (peristyle) with a rainwater pool in the middle (impluvium).

The latest archaeological research shows that the villa covered an area of ​​5,000 square meters and was inhabited until the 7th century. 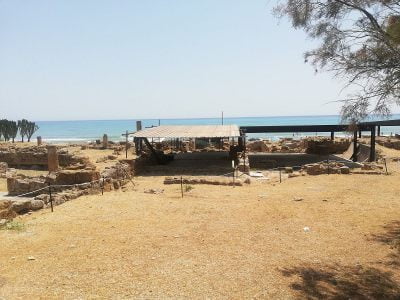