For the first time in history, researchers have managed to use the ground-penetrating radar to locate the entire city, whose traces are underground. An early map of the city of Falerii Novi was created, which was located about 50 km north of Rome.

At the moment, scientists have managed to create a huge map that requires in-depth analysis; plans to implement a computer system for map marking are planned to speed up work. The material is really impressive. Georadar pointed to the location of specific buildings (baths, theatre, market square), monuments, roads and even waterworks. A special machine was used to perform a full scan of the city, which analyzed every 12.5 cm of land in an area of ​​75 acres.

The city of Falerii Novi is well described in the source texts. It appears for the first time in history in 241 BCE. The city was abandoned in the VII century. 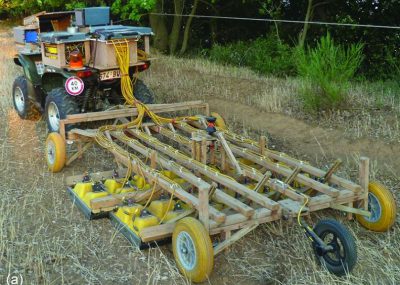