View of the remains of Conimbriga

Conimbriga was an important Roman city in what is now Portugal. Even though the city was not the largest in Portugal, it certainly has the best-preserved Roman monuments. Scientists believe that only 10% of the surface of the ancient medium has been discovered so far. Conimbriga is located near the city of Condeixa-a-Nova, in central Portugal.

The conquest of the lands of Lusitania by the Romans began in 138-136 BCE under the command of Consul Decymius Junius Brutus Gallaikus. From that moment on, we can talk about the region’s integration with the Roman Republic and the possible influence of Roman culture on Conimbriga.

The Romanization of Lusitania took place very quickly, and the city itself was developing well. The city flourished during the the reign of Octavian August (27 BCE – 14 CE) and continued throughout the 1st century CE. At that time, Conimbriga became a municipality, receiving the name Flavia Conimbriga in around 75-80 CE. The city was populated and a large part of the colonists were Italians who married local women. Scientists estimate the city’s population – based on the capacity of the local amphitheatre – at 10,600 people.

Conimbriga was well connected and connected by a main road (4 meters wide) with the then ocean-side city – Olisipo (now Lisbon). The route led through Braccar Augusta (present Braga), through Sellium (present Tomar) and Aeminium (present Coimbra). It was the main city gate that faced west towards Olisipo.

At the beginning of the 4th century CE, the city received new defensive fortifications. However, with the fall of the West Roman Empire, we are dealing with the decline of a city that was abandoned in the Middle Ages.

Currently, the area of ​​the remains of Conimbriga is occupied by the museum (Museu Monográfico e Ruinas de Conímbriga), which allows you to see a really large number of Roman monuments and learn about the history of the city.

Conimbriga was surrounded by a 1.5 km long wall, the remains of which we can still see today. The main access road was protected by two towers.

Researchers distinguished three phases of development in the city:

From the ground, archaeologists have excavated a large number of ruins of mansions and residential houses, which were renovated many times and date back to the 1st century BCE. To this day, we can see beautiful floor mosaics and murals that decorated Roman houses. There are also numerous sculptures.

At the excavation site, the remains of the three thermal baths and the famous hypocaustum system – the Roman method of floor heating have been discovered. There are also stone fragments of the amphitheatre, which used the natural terrain. It was estimated that up to 5,000 people could sit in the audience. 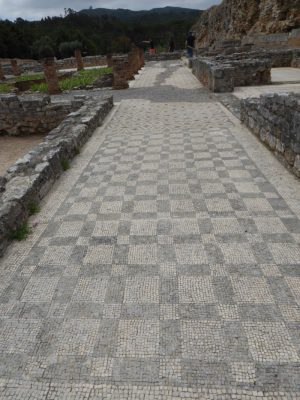 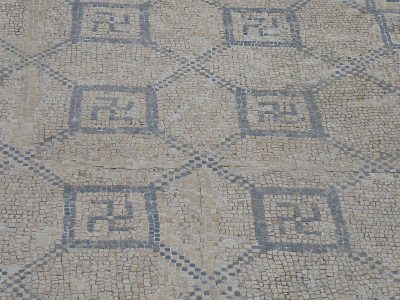 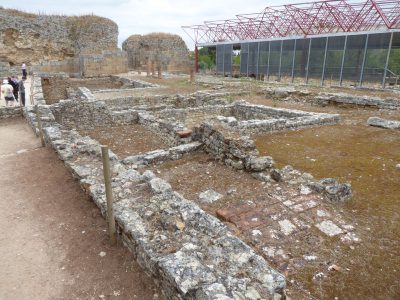 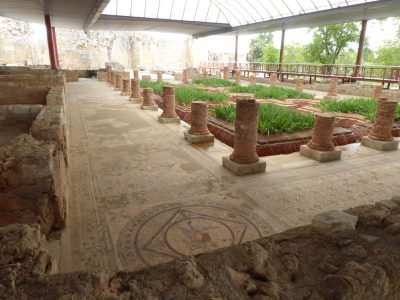 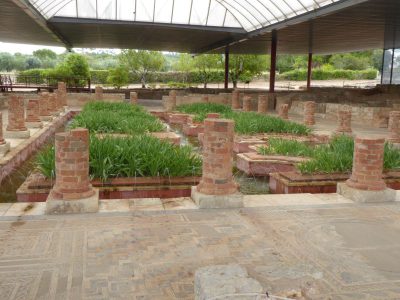 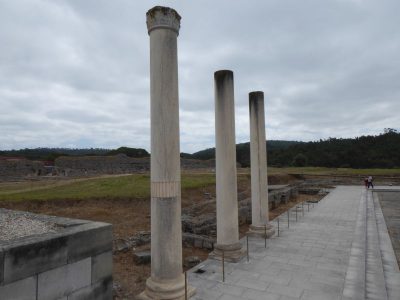 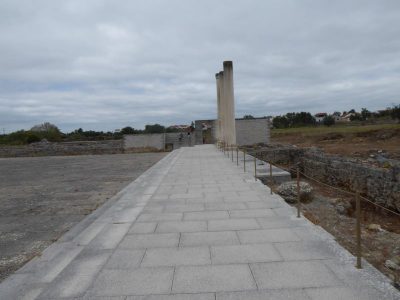 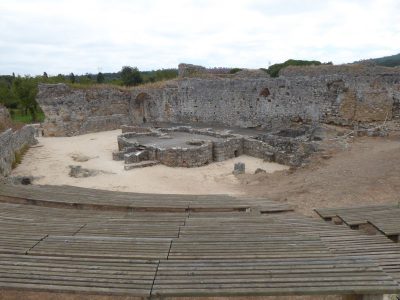 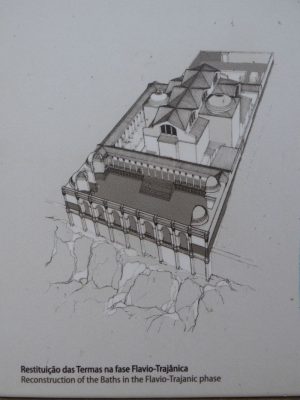 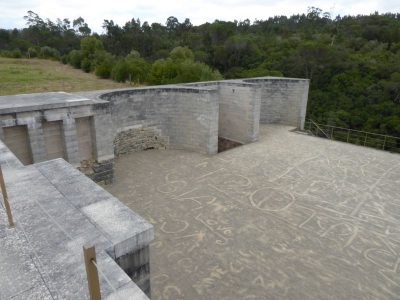 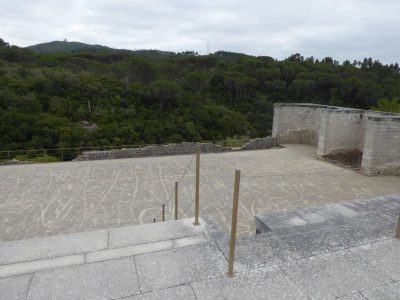 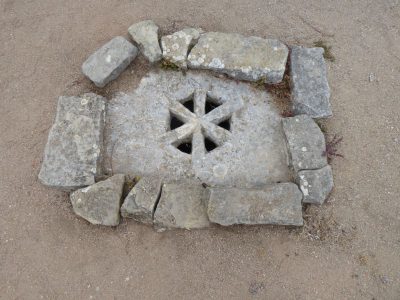 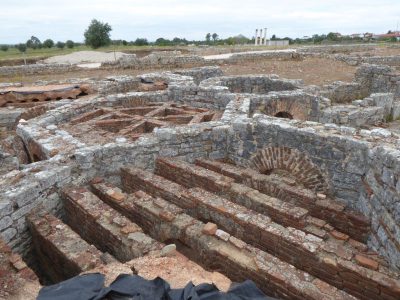 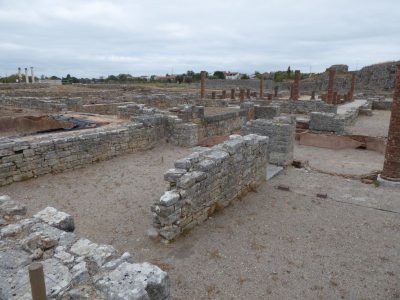 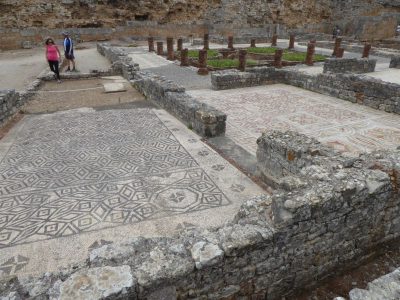 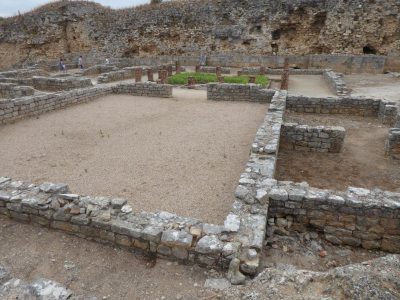 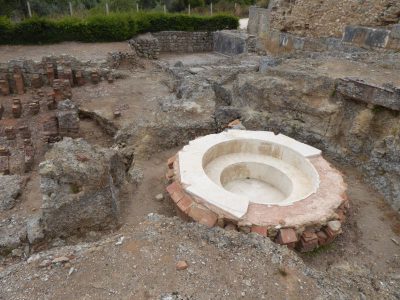 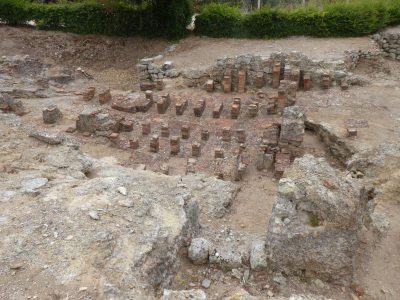 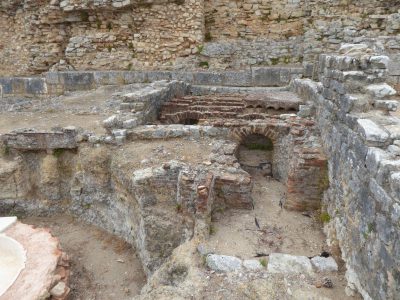 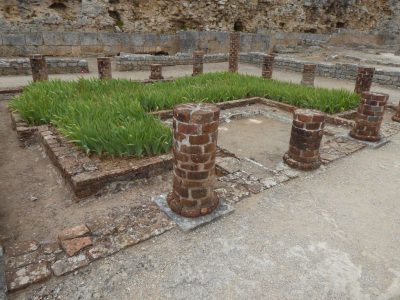 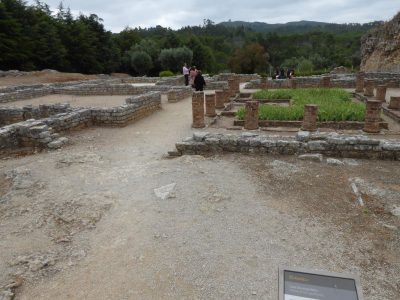 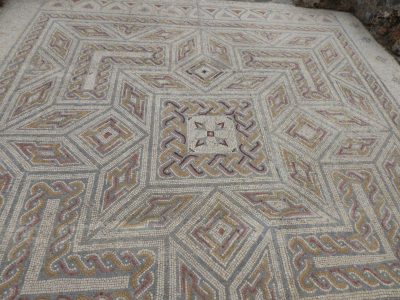 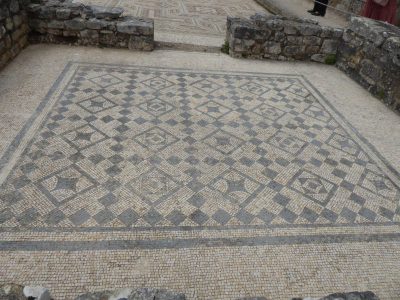