Temple of Concordia in Agrigento

The Temple of Concordia owes its name to the Latin inscription that was preserved in the vicinity of the building and proclaimed “the harmony of the inhabitants of Agrigentum”. The columns of the temple were made in the Doric order and date back to the 5th century BCE. There are six columns at the front and rear of the structure; thirteen on each side. The temple is located in the so-called The Valley of the Temples in the central part of Sicily, in Agrigento (Roman Agrigentum, Greek Akragas).

The building is 40 by 17 meters. It is one of the best-preserved ancient temples in the world, and certainly in Sicily. In the middle, the temple was divided into three rooms: the middle (cella), the vestibule (pronaos), and the rear chamber (opisthodomos). On the sides from the entrance to the middle room there were stairs that could be used to climb the roof.

The building has survived to our times in an exceptionally good condition, which is due to the fact that the temple has become a Christian basilica. According to tradition, Bishop Gregory at the end of the 6th century was to transform the building into the tabernacle of Saints Peter and Paul. The double dedication may result from the fact that the temple was previously dedicated to the Dioscors – Castor and Pollux. The spaces between the columns have been bricked up; it was not until the 18th century that the building was restored to its original appearance.

In the vicinity of the building, there are remains of a necropolis that existed in the 3rd-6th centuries CE. 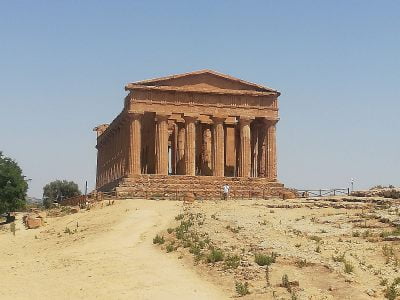 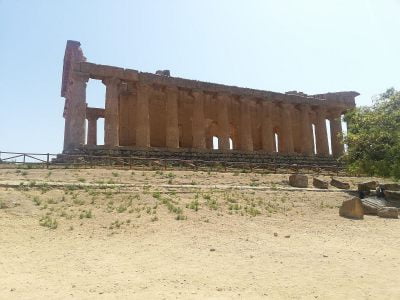 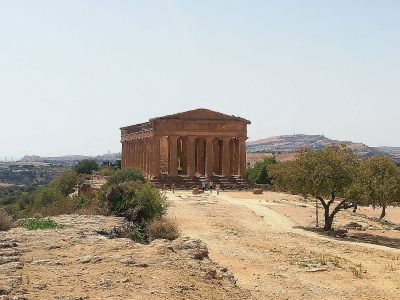 Respect the faculty that forms thy judgments~Marcus Aurelius

Send Cancel
We use cookies to ensure that we give you the best experience on our website. If you continue to use this site we will assume that you are happy with it.I agreeI don't agreePrivacy policy