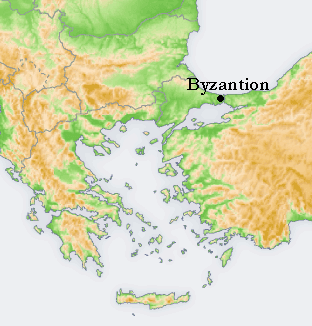 Byzantium (Bysantium) was an ancient city on the Bosphorus, connecting the Sea of ​​Marmara with the Black Sea, on the Golden Horn Bay. Established as a Greek colony in the 7th century BCE In 324 CE Roman Emperor Constantine the Great decided to rename the city as New Rome later called Constantinople, and in 330 He moved the capital of his country to it. Today, Turkish Istanbul stands on the site of the ancient Byzantine Empire.

The etymology of the city’s name is unknown. It has been suggested that she has a Thraco-Illyrian origin1. According to ancient sources, Byzantium was founded around 660 BCE. by a colonist from Megara – Byzas. The early, legendary history of the city was described by Tacitus. According to his story, Byzas fought wars, incl. with the Scythians and Thracians, and also married the daughter of the local chief, Fidalia. These stories probably reflect, to some extent, the turbulent fortunes of the colony in its early years.

Initially, it was a small, walled city, the development of which was due to its convenient location on the trade route between Europe and Asia. Later, the city conquered Chalkedon and extended its reach beyond the Bosphorus to Asian lands. The symbol of Byzantium was the moon Hecate, thanks to the glow of which the army of Philip of Macedon was noticed preparing for the siege of the city in 340 BCE. and they were repulsed. From 149 BCE Byzantium was allied with Rome, while from 73 CE officially part of the Empire.

In 195 CE the city, supporting the usurper Pescennius Niger, captured and flattened Septimius Sever. The emperor, however, quickly ordered the rebuilding of Byzantium, which was also supported by his son Caracalla. In 258 CE the city, along with Chalcedon, was conquered by the Goths.

During his reign (306-337 CE), Emperor Constantine I became interested in the city, due to its geographical location (centrally and advantageously defensively located in relation to the entire Empire). In 330 CE he officially moved the capital from Rome to Byzantium, which he renamed New Rome (Nova Roma). After his death, the city was named Constantinople in his honour. 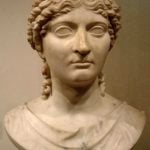 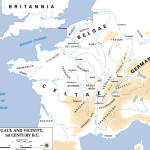 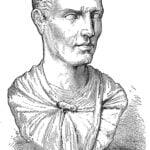 If you want peace, prepare for war~Vegetius