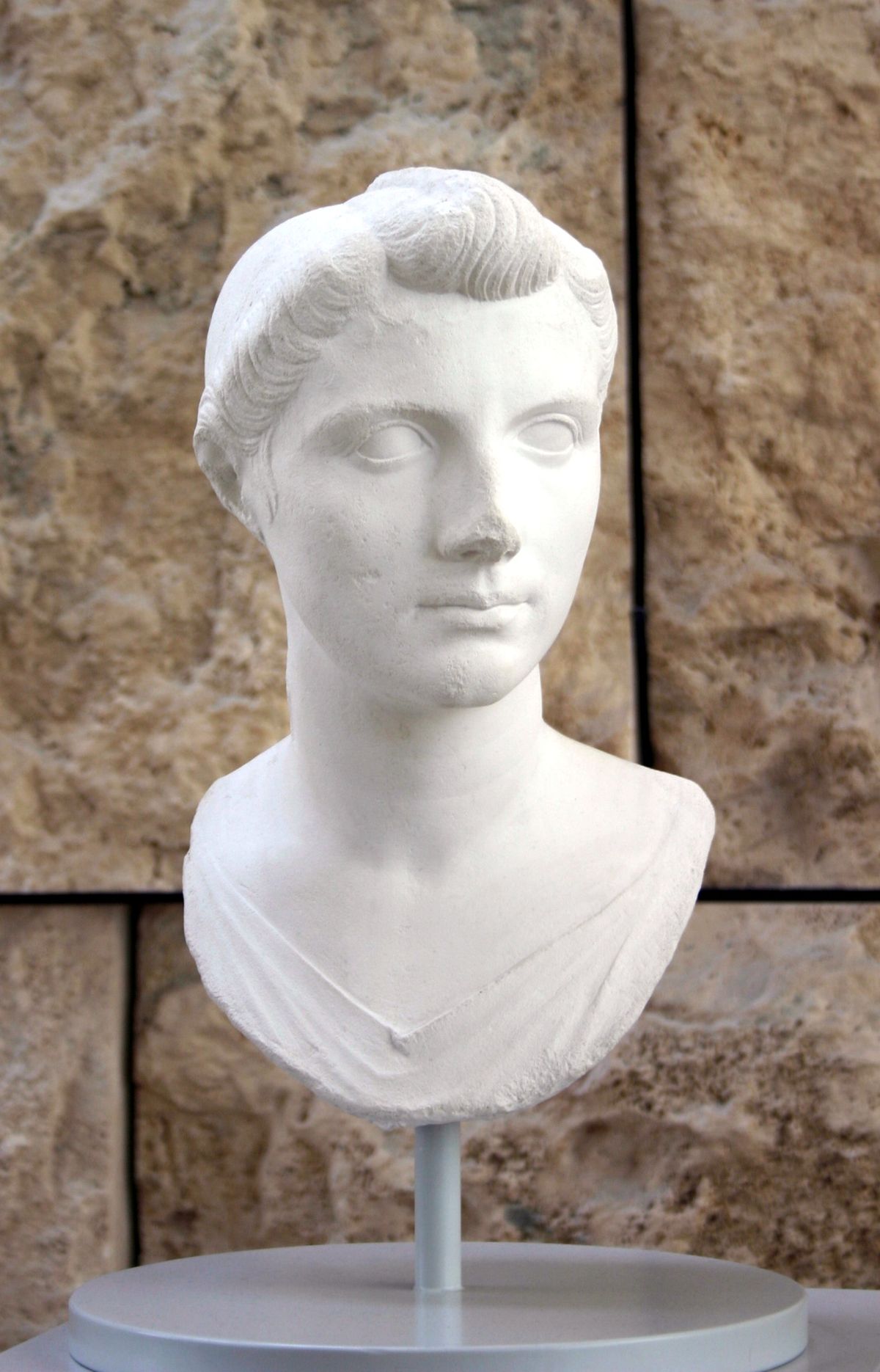 Octavia the Younger (Octavia Minor) was born in 69 BCE in Nola (Italy). She was the elder sister of the future first emperor of Rome – Octavian Augustus and the fourth wife of the chieftain of Marcus Antony. Octavia had a reputation as an exemplary Roman woman. Octavian has always had great respect for her, hence the great influence of Octavia on his rule and coming to power.

Her father – senator and governor – died in 59 BCE. for natural reasons. Her mother remarried, to consul Lucius Marcusius Filip, who took care of the education of her adopted daughter and son. Octavia spent her youth travelling with her father and mother.

In 54 BCE the wedding of 15-year-old Octavia was arranged with Gaius Claudius Marcellus, a senator who took over the consulate in 50 BCE The man was considered a “good party” considering that his ancestor was the famous leader of the Second Punic War – Marcus Claudius Marcellus – and that he came from a prominent plebeian family Claudius. He was not happy with the wedding, Julius Caesar – her uncle – wanted to maintain an alliance with Pompey and offer him Octavia’s hand. However, she refused and did not agree to divorce Marcellus. Pompey, in the face of such a situation, took Cornelia Metella as his wife.

Marcellus, offended by Caesar’s attitude, spoke out against Caesar; however, he ultimately did not take an active part in the civil war (49-45 BCE), which earned him later forgiveness from Caesar. After the murder of Caesar in 44 BCE Marcellus supported Octavian in the succession but eventually died in May 40 BCE. From his relationship with Octavia, three children were born: Klaudia Marcella the Older, Klaudia Marcella the Younger and Marcus Klaudius Marcellus. All children were born in Italy.

Octavia had been a widow for only a few months. In October 40 BCE she took Mark Antony for her husband – Caesar’s great leader and ally of her brother. Octavia was his fourth wife after his ex-wife, Fulvia, died earlier. The approval of the wedding required the approval of the senate, as Octavia was still pregnant with her deceased husband. Marriage has been welcomed in all circles of society, and in the army in particular, as an announcement and guarantee of lasting peace. On the one hand, Octavian’s fervent attachment to his sister was known, and on the other hand, Octavian’s charm, virtues and widely admired beauty were to ensure her influence over her husband and his behaviour.

However, based on ancient sources, we conclude that Octavia had no affection for Antony. She travelled with him in the years 40-36 BCE. around different provinces and lived in a villa in Athens. There she also raised her children from her relationship with Marcellus; two sons of Antony from a previous relationship; and their common children: Antonia the Older and the Younger.

Antony’s relationship with Octavia had been in crisis since 41 BCE when the queen of Egypt – Cleopatra VII appeared on the scene. Marcus Antony, after meeting the “beauty from the east”, completely lost his head for her and forgot about Octavia and their joint children. From the relationship of Antony and Cleopatra, three children were born: Alexander Helios, Cleopatra II Selene and Ptolemy Philadelphos. Despite the betrayal, Octavia still repeatedly acted as a mediator in the growing misunderstandings and disputes between her husband and brother.

In 35 BCE Marcus Antony planned an expedition to the Party to gain an advantage in the Roman state and to be closer to his beloved Cleopatra. At first, Octavia accompanied her husband, but after arriving in Cercyra (Corfu Island), her husband sent her to her brother under the pretext of the dangers of war. Octavia and her children returned to Rome, and Antony found himself in the arms of Cleopatra, for a time forgot about the invasion in the east. In order to regain influence over her husband, Octavia sent him military troops and financial support. At that time, Octavia was soothing her brother’s nervous relationship with her husband and pretended that Antony’s behaviour was not hurting her.

Ultimately, however, in 32 BCE Marcus Antony divorced Octavia and thus broke the last thread connecting him with Octavian. After the defeat of Actium, Antony left her to educate and care for all of his children after committing suicide in 30 BCE. After his death, Octavia did not get married for the third time.

In 23 BCE her adult son Marcellus died unexpectedly of illness. It was a shock to Octavia and her brother princeps Octavian Augustus. The emperor, due to the lack of a son, planned to anoint him with his successor. After the death of her son Octavia, she withdrew from the public life of Rome but took part in some of the most important events of the state. Among other things, she opened the Marcellus Library in honour of her son, and Octavian Augustus founded the Marcellus Theater. Octavia was certainly also consulted about organizing the wedding between Marcus Agrippa and Julia – Octavian’s daughter. It was important because Agrippa was related to Octavia’s daughter – Claudia Marcella. 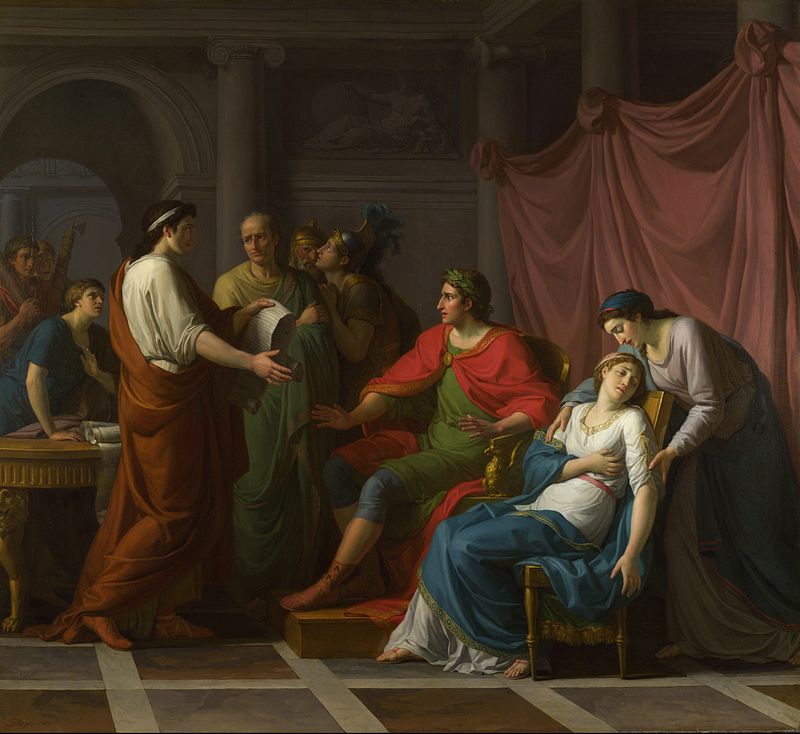 According to Seneca the Younger Octavia mourned her son for the rest of her life and nothing could comfort her. She did not want any portrait of her son and would not let his name be mentioned in front of her. She hated other women, including Livia, whose sons were alive. On the other hand, Suetonius in The Life of Virgil mentioned in turn how it was during the reading of fragments of the Aeneids present Octavia fainted when Marcellus was mentioned in the poem.

Octavia died in 11 BCE. for natural reasons, being almost 60 years old. Her funeral was of a state character (senators were dressed in mourning robes) and took place in the temple of Julius. Her sons-in-law took part in it: Drusus the Elder, Lucius Domitius Ahenobarbus, Iullus Antony, Paullus Emilius Lepidus. Octavia was buried at the Mausoleum of Augustus. In her honour, Druzus and Octavian gave funeral speeches. Moreover, the emperor honoured her with the name of the Gate of Octavia and Portico of Octavia (Porticus Octaviae) and on his recommendation, the Senate recognized her as a goddess. Octavia was also one of the first Roman women whose image was on coins (previously only Antony’s wife – Fulvia – had this honour). 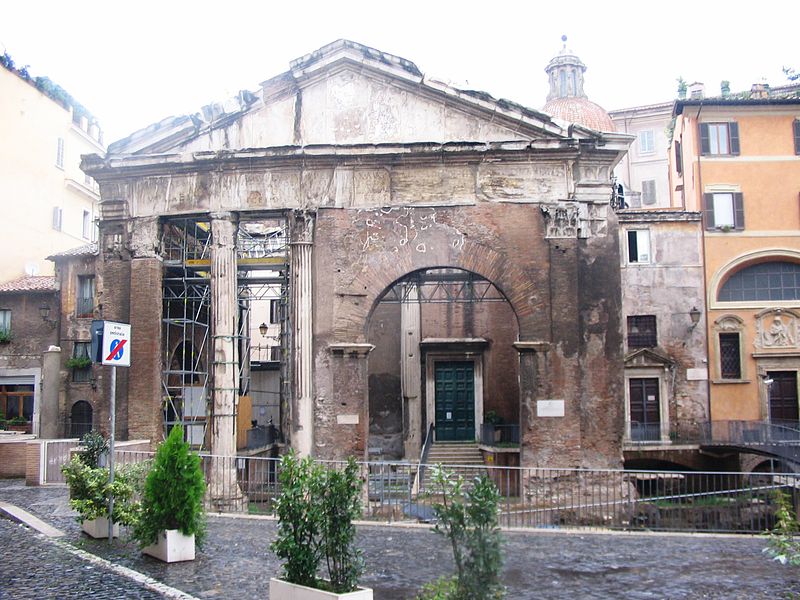