Roman dynasty ruled from 193 until 235 CE. Its founder was Septimius Sever.

As a result of the murder of Commodus, the last of the Antonine family, who did not appoint his heir, the throne was opened to the first to conquer Rome by force. This figure was Septimius Severus, who defeated the other pretenders and, through a fictitious adoption, “being the son” of Marcus Aurelius, he tried to continue the old dynasty. However, Severus is considered the father of a new dynasty – Severus (Syrian).

In 173 CE he got married for the first time. After his wife’s death, in the summer of 187, he married the Syrian princess Julia Domna, who bore him two sons: Caracalla and Geta.

As a result of the civil war, he defeated his competitors to the throne: Didius Julius, Pescennius Niger and Clodius Albinus. In the years 197-199 CE he defeated the Parthian king in the Parthian War and created a new province of Mesopotamia on the conquered territories. He appointed his son Caracalla a co-imperator. He introduced a military monarchy.

Died during his trip to Britain in 211 CE. 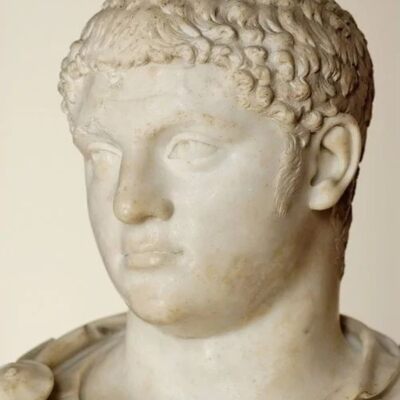 The younger son of Septimius Severus, brother of Caracalla. From 211 CE co-ordinated with his brother.

Murdered by Caracalla in 212 CE 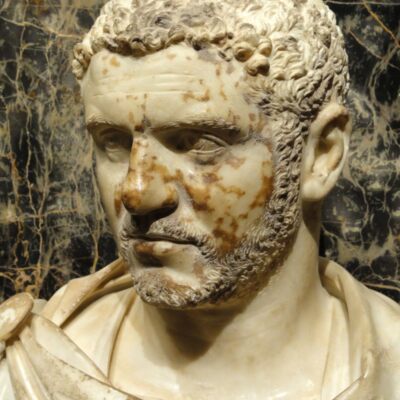 He co-ruled with his father, and after his death with his brother Geta. After his murder, an independent Roman emperor from 212 CE

In 212 CE he granted Roman citizenship to all inhabitants of the empire. Despotic and cruel. A worshiper of Alexander the Great, he wanted to merge the Roman Empire with the Parthian Empire – for this he demanded the hand of the daughter of Parthian King Artaban V. Receiving a refusal, he started a war with the Parthians and joined Armenia to the empire as a new province.

In 217 CE during his trip from Edessa to the war, he was murdered by the praetorian prefect – Macrinus. 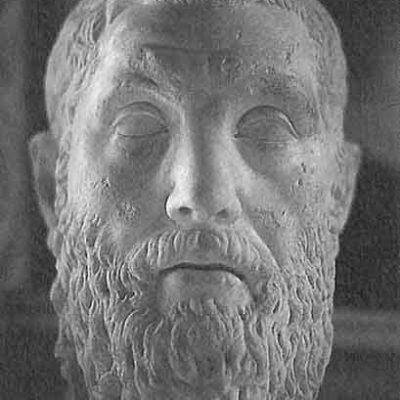 He was the praetorian prefect of Caracalla. He could not exercise his power effectively, and the short reigns could not determine what kind of ruler he really was. He was unable to continue the war initiated by Caracalla against the Parthians, despite the disintegration of the Parthian empire. He was defeated at the Battle of Nisibis and forced to make an unfavourable peace.

He was killed in a battle with the rebels in 218 CE.

The mother of the emperor was Julia Soaemias – a supporter of proclaiming him the sun god, that is Elagabalus. She was murdered by Elagabalus in 222 CE. It was said that he was the illegitimate son of Emperor Caracalla. At a young age, he served as high priest of a god known in the Semitic dialect of “Elah-Gabal” in the city of Emesa, Syria. He was famous for his homosexual/orgiastic behaviour.

In 222 CE Elagabalus was murdered on the initiative of Severus’ mother – Julia Mammea. 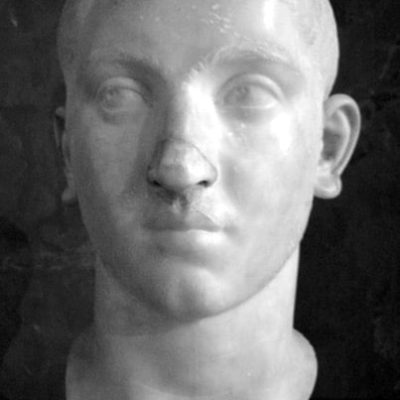 Adopted in 218 CE by the minor Elagabalus. In the same year, Alexander officially became Roman Emperor.

The new emperor tried to change the country’s internal policy by sharing power with the senate, which had a façade role for his predecessors. In governments, he was assisted by a well-known lawyer at the time, Ulpian. The emperor achieved a great triumph after his victory over the Persian king Artaxerxes (the Persian war in 232-233 CE). Two years later, war broke out on the Rhine. After concluding a settlement in 235 CE with the Germans after the war, he was murdered by the army.

Family tree of the Severus dynasty